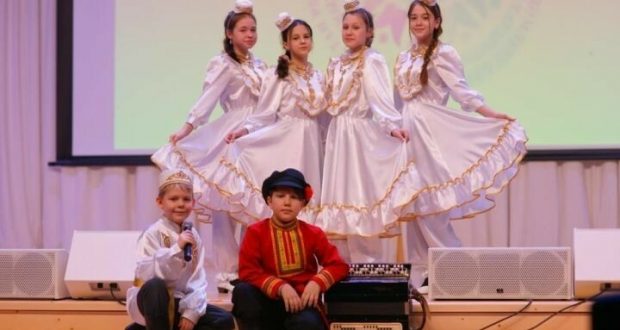 In the Pestrechinsky district of Tatarstan, in the Year of Native Languages ​​and National Unity, 1354 events were held and large grants were won, aimed at promoting the preservation of the linguistic diversity of Tatarstan in 2021. IA “Tatar-inform” was informed about it in the administration of the region.

In the nomination “The best project in the field of preserving the intangible cultural heritage” the Pestrechinskaya central club system won 500 thousand rubles for the creation of a laboratory of ethnomusic “Dәrrәү”.

In the nomination “The best multimedia (animation) project in the languages ​​of the peoples living on the territory of Tatarstan” the Pestrechinskaya Central Library System was awarded a half-million grant. In 2022, an animation studio “Multinational Colors of the Village” will appear in Pestretsy.

In addition, next year, a virtual concert hall will be equipped at the Pestrechinsky Children’s Art School. 500 thousand rubles were allocated for its creation within the framework of the national project “Culture”. DSHI won in the nomination “The best innovative form of information and educational event”.

The victory in the nomination “The best project for the popularization, preservation and development of national musical and choreographic art, folk musical traditions” went to the Gavrilov Museum for the “Voice of Victory” festival. The amount of the grant also amounted to 500 thousand rubles.

Classroom hours and open lessons were held in educational institutions. Cartoons were created in the native language, exhibitions of books by great writers of different nations were presented, matinees, round tables, literary marathons and various festivals were held.

National projects are being implemented in Russia at the initiative of the President of the Russian Federation Vladimir Putin and are aimed at improving the quality of life of the country’s citizens.