Главная / Новости / Regional interethnic holiday of culture and sports “Sabantuy gathers friends!” will be held in the Novosibirsk region 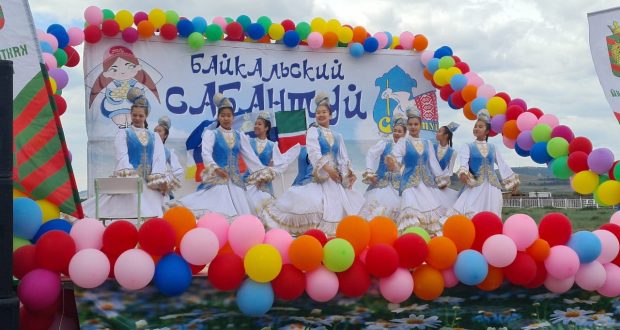 Regional interethnic holiday of culture and sports “Sabantuy gathers friends!” will be held in the Novosibirsk region

On June 11, the regional interethnic holiday of culture and sports “Sabantuy gathers friends!” will be held in r.p. Kochenevo on the square in front of the Kochenevsky district House of Culture “Constellation”.

The holiday was born and was first held in 2005 in the Chanovsky district of the Novosibirsk region. It differs from the traditional Sabantuy holidays in that it is international and regional.

Groups of different nationalities participate in the event and congratulate the Tatar people on the traditional ancient holiday with their creative performances. The Tatars, in turn, introduce and promote the Sabantuy holiday, welcoming all guests. At the festival, farmsteads of different nationalities are represented. Regional interethnic holiday of culture and sports “Sabantuy gathers friends!” is “wandering” in the region – and has already passed in the Chanovsky district, Kyshtovsky, Vengerovsky, Ordynsky, Kolyvansky, Kargatsky, Tatarsky, Maslyaninsky, Zdvinsky, in Berdsk, Barabinsk.

The holiday program is full of various events:
– 11.30 – the beginning of the work of farmsteads, exhibitions, fairs and sales.
– 11.50 – costume procession of delegations.
– 12.00 – solemn opening of the holiday with the transfer and raising of the Sabantuy flag. Greetings from the Head of the Kochenevsky district. Speeches of officials.
– 12.00-16.00 – there will be a large concert program on the Main stage of the Maidan with national songs and dances. As part of the holiday, professional and amateur art groups and soloists from Novosibirsk, the Novosibirsk Region, the cities of the Siberian region and the Republic of Tatarstan will perform.

Simultaneously with the concert, national games and competitions will be held at special venues. The Sabantuy program of games includes folk games, such as running in bags, tug of war, lifting weights, running with full buckets of water on a yoke, running with a spoon in your mouth, etc. It would seem that nothing new compared to what happened last year and the year before last. But is it possible to remain indifferent, for example, when smashing pots while blindfolded?! A lot of laughter among the participants of “Sabantuy” causes a fight with bags on a log.

The main competition of “Sabantuy” and the core of the national holiday since ancient times is belt wrestling (“Koresh”). The winner of the struggle is assigned a ram, which must be carried off the Maidan on raised hands, thereby once again demonstrating its strength.

Also among girls there will be a competition for the best cutting of homemade noodles “Miss Sabantuya”.

None of the participants in competitions, games, contests and concert programs will be left without attention. Everyone will get valuable prizes and souvenirs.

“Sabantuy” has become in the true sense a holiday for people of all nationalities living in the city of Novosibirsk and the Novosibirsk region. This year “Sabantuy” also promises to become one of the central events in the life of the region.

“Sabantuy” is a folk holiday, a holiday of the spring renewal of nature, the roots of its origin going back centuries. “Sabantuy” is celebrated in June – after the completion of sowing, symbolizing the continuity of the past, present and future, uniting people of all ages and professions, nations and beliefs around its open maidan. The name of the holiday comes from the Turkic words: “saban” – a plow and “tui” – a holiday.

The founder of the holiday is the Ministry of Culture of the Novosibirsk Region.