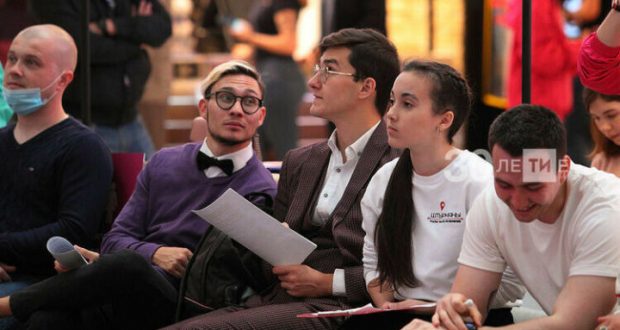 Sof(t) Tatar: a laboratory for playwrights

The Tinchurinsky Theater, together with the Gabdulla Tukay Literary Museum, is launching a theatrical laboratory for playwrights “Sof(t) Tatarcha”.

The purpose of the laboratory is to create a play with the participation of a robot speaking the Tatar language.

The topics of the laboratory are the relationship of the older generation of Tatars with digital technology and new technologies.

During the laboratory, the playwrights will get acquainted with the Apush robot, which conducts tours in the Gabdulla Tukay Museum, and, focusing on it, will write a play.

The curator of the laboratory is director Tufan Imamutdinov.

The performance will be staged by the chief director of the Tinchurinsky Theater Tufan Imamutdinov.

The premiere on the stage of the Tinchurin Theater is planned in the new theater season and will be dedicated to the Year of Digitalization in Tatarstan, which was announced by the President of the Republic Rustam Minnikhanov in 2022.

Applications for participation in the laboratory are accepted until May 30 by mail. It is also welcome to have a motivation letter in Tatar or Russian and a portfolio.

The first meeting of playwrights with a robot and the opening of a drama laboratory will take place on May 31, 2022 at the Gabdulla Tukay Literary Museum.