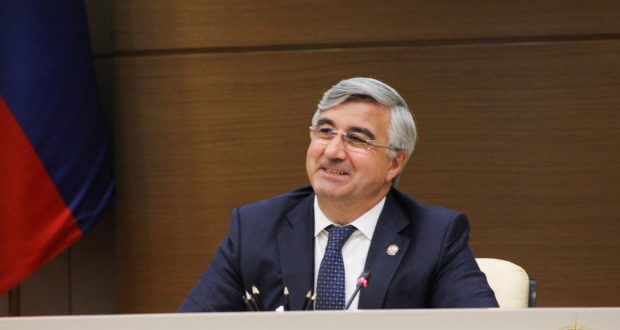 Vasil Shaikhraziev: “1100 representatives of the clergy will visit the All-Russian Forum of Tatar Religious Figures”

Deputy Prime Minister of the Republic of Tatarstan, Chairman of the National Council of the World Congress of Tatars Vasil Shaykhraziev briefed the media representatives on the plan of events.

– From May 19 to May 21, 2022, Kazan will host the XII All-Russian Forum of Tatar Religious Figures “National Identity and Religion”, where 1,100 representatives of the clergy are invited. Also on May 20, a significant event awaits us: the ceremony of laying the foundation stone of the Cathedral Mosque. From Sakhalin to Kaliningrad, events dedicated to the 1100th anniversary are held in all regions: these are works on the repair and restoration of mosques, such as in Moscow and Nizhny Novgorod, various conferences, competitions and festivals on a religious theme, – said the Chairman of the National Council.

In May, there will be a meeting of the Russia-Islamic World Strategic Vision Group, a decent fashion show, an exhibition of the halal industry, the World Halal Day business forum, business meetings for entrepreneurs as part of the KazanSummit, and much more.

During the celebration of the memorable date, a light show has been prepared for Kazan citizens and visitors to Bolgar. The installation will be broadcast on the territory of the White Mosque on May 20 and 21. In Kazan, an unusual performance can be observed on May 19-21 on the walls of the Kremlin from the Millennium Square.