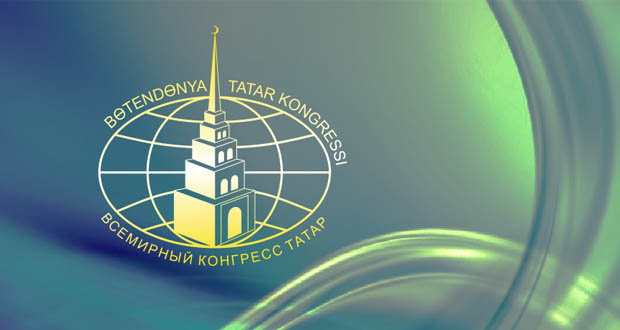 The main constitutional objectives of the WCT are the following :

On April 24, 1998 the WCT  passed  registration  at  the Ministry of Justice and was granted the status – International Union of Public Associations ” The World Congress of Tatars.” The organization is guided by the Constitution of Russian Federation and the Republic of Tatarstan,  the Charter and norms of  International  law, and establishes   its activities on the principles of democracy, equality, tolerance, self-government and the rule of law.  The World  Congress  of Tatars  is a legal entity and extends its activities in Russia, as well as  is collaborating with  national-cultural organizations  and Tatars  of foreign countries. Today, the World Congress of Tatars unites 352 national-cultural community organizations. Of these, in Russia and Tatarstan are 230,  in 34 foreign countries – 122 societies:  in  20 foreign countries – 42, in 14 countries of the near abroad – 80 organizations.

Four  World Congress of Tatars  were held,   by  decisions of which   Executive Committee is guided in its activities. Of  great importance was the meeting  of  V.V.  Putin  with  III delegates to the congress, during which   topical issues of development of the national education and culture, preservation of the Tatar language and identity of the people, the formation of a single information and cultural space of the Russian Federation for the Tatar population  were raised.

In recent years,  Executive Committee  of the WCT  attaches great importance to the work with different categories and groups of the Tatar population. In particular, in order to form a national identity and revitalization of Tatar youth   four World Forum of Tatar youth   were held  with participation of more than a thousand delegates from around the world.

Considering   the importance of preservation and development of national education, theEx.com.   of  the WCT  pays a constant attention to the work with public education entities and the pedagogical  community. To this end,  scientific and practical conferences, round tables, seminars   were held. Executive Committee of the World Congress of Tatars, together with the Ministry of Education and Science of the Republic of Tatarstan held two All-Russian Congress of teachers of the Tatar language and employees of educational institutions with ethno-cultural component. Among the delegates were also the teachers  of the Tatar language Sunday schools of near and far abroad.

A notable event in the life of the scientific community was held in September  2007, the World Forum of Tatar scientists convened by  Executive Committee of the WCT  together with the Academy of Sciences of Tatarstan.  Kazan was attended by 350 scientists working in the educational and scientific centers of different cities of Russia, China, Japan, Romania, Germany, USA, Turkey, Finland and other countries. In September 2011, the II World Forum of Tatar scientists  was attended by 230 scientists from 28 countries.

In recent years,  Executive Committee of the WCT  has been actively involved in the implementation of Tatar Youth Educational  Program from  Russian regions and foreign countries in Higher educational institutions of  the Republic of Tatarstan.

The Executive Committee of the World Congress of Tatars pays a significant attention to the development of entrepreneurship and  establishment of economic relations   with the regions of compact living of Tatars. Today the Tatar business involvement in setting national life becomes an important factor of ethno-cultural development of the people. Therefore, the WCT Executive Committee together with the Ministry of Industry and Trade of the Republic of Tatarstan holds regular forums, round tables and meetings with the participation of businessmen from Russia and CIS countries. A striking example –  All-Russian Congress of entrepreneurs of Tatar villages, held in March 2012.

Thus, the Executive Committee of the World Congress of Tatars, carrying out  program settings  of the  international organization, makes  a great contribution to strengthening the authority of the Republic of Tatarstan and Tatar people in all, to the harmonization of interethnic and interfaith relations.