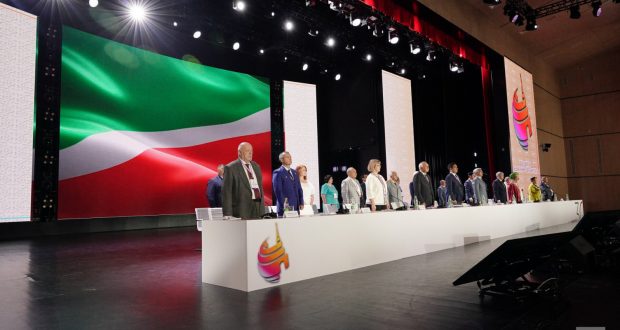 Bashkiria sent the largest delegation to the VIII Congress of the World Congress of Tatars in Kazan. The event is attended by 136 delegates and guests representing the republic. Also, for the first time, representatives of Peru, Novgorod and Khakassia arrived at the congress, Billion Tatars reports.

The number of male delegates is slightly higher than that of women, 46% and 44%, respectively. Among them are five Heroes of Russia, seven Olympic champions and 44 professors.

The oldest delegate to the congress was 88-year-old Leron Saidashev, who arrived in Kazan from Kyrgyzstan. The youngest is Damir Bragin from Donetsk. The average age of the participants was 49 years.

Earlier, the poet Gazinur Murat has already pointed out this problem. According to him, it is very alarming that national issues are being resolved by the older generation, because young people should also look for answers to them, who will then continue the work of the aksakals.

July 30 – August 2, Kazan hosts the VIII Congress of the World Congress of Tatars, which is attended by 1.5 thousand delegates and honored guests from 35 countries.