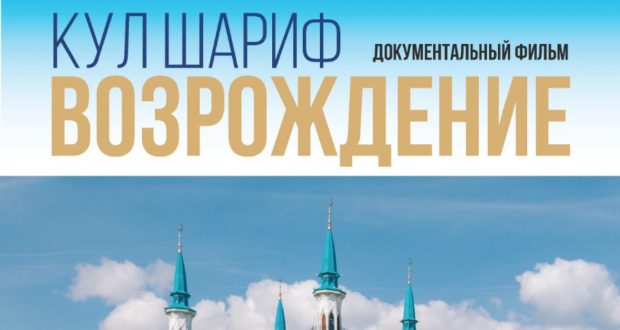 The cultural center “Ayaris” made a documentary film “Kul Sharif. Revival” about the history of the construction of the cathedral mosque in the Kazan Kremlin in partnership with the Museum-Reserve “Kazan Kremlin”.

This is the first film about the iconic cultural site of Tatarstan, which has already become a national symbol and has been included in the lists of “100 Best Mosques in the World”, “100 Best Religious Sites in the World”. The heroes of the film are the ideologists of the project, architects, designers, and religious figures. The purpose of the film is to preserve the history of the revival of the Kul Sharif mosque as part of the modern history of Tatarstan.

The movie illustrates how the foresight of the President of Tatarstan made it possible in difficult economically and political times to implement a project of such magnitude, why the UNESCO included the Kazan Kremlin in the List of World Heritage Sites.

The project was implemented with the participation of the Presidential Fund for Cultural Initiatives.