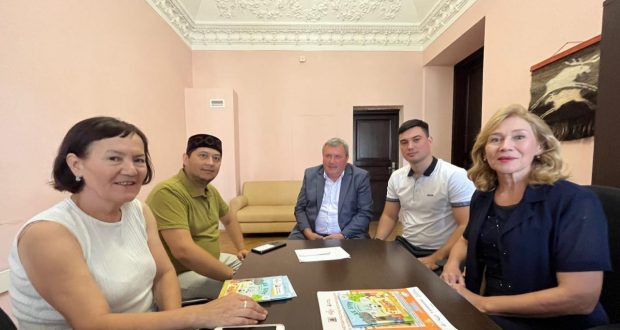 On August 4, in Kazan, a meeting was held between the chairman of the Union of Writers of the Republic of Tatarstan Rkail Zaydullin and representatives of the Autonomy of the Tatars of Moscow and ANO Miras.

The parties discussed a joint project to create the Ak Bure Friends Club.

From September 2022, it is planned to hold a series of meetings for children with writers, journalists and famous people, which will be accompanied by contests and gifts from the creators and partners of the multimedia educational project “Learn Tatar with Ak Bure”.