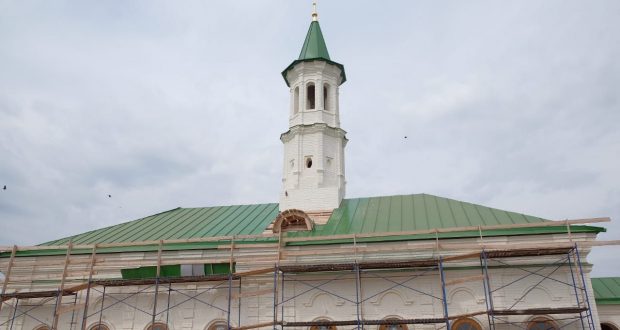 An ancient stone mosque to be opened in Tatarstan after restoration

Today, December 11, President of Tatarstan Rustam Minnikhanov will visit the village of Nizhnyaya Bereske in the Atninsky district, where a mosque built in 1969 will open after restoration. This was reported by the press service of the President of the Republic of Tatarstan.

The mosque is called the first brick mosque outside Kazan. It is considered an architectural monument and a cultural heritage site of regional importance. It was erected after a 200-year hiatus in the stone architecture of the Tatars a year earlier than the Shigabutdin Mardzhani Mosque in Kazan.

We remind  that the building has been fortified and restored since 2014, and in August this year, a crescent was installed on its dome.