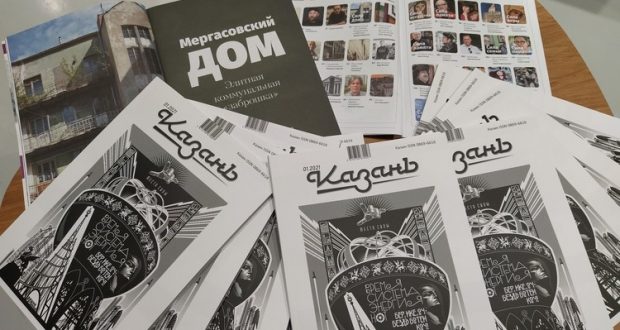 An experimental issue of the magazine “Kazan” has been published

An experimental issue of the magazine “Kazan” has been published

The National Library of the Republic of Tatarstan hosted  presentation of the first issue of the magazine “Kazan” in 2021. Topic of the issue: “Kazan – a place of power.” It is symbolic that the event took place on January 13, the Day of the Russian Press.

The issue  is experimental. It was made by an invited team of designers and authors under  leadership of Eduard Khairullin, Deputy Head of the Republican Agency of the Republic of Tatarstan for Press and Mass Communications “Tatmedia”.

As the guest editor said, they have collected human stories in the issue that reveal Kazan from a new, unexpected side. And we tried to tell them in such a way that it was interesting, informative, beautiful, with many illustrations.

On the pages of the new issue of the magazine, the first President of Tatarstan Mintimer Shaimiev, director Timur Bekmambetov, writer Guzel Yakhina, artistic director and chief conductor of the Kazan chamber orchestra La Primavera Rustem Abyazov told about their favorite places in Kazan, their “places of power” where they draw energy, architects, artists and other famous people.

General Director of Tatmedia JSC Shamil Sadykov noted that this experimental issue of Kazan magazine will become a kind of reboot for the magazine, its close-knit, professional team and the new editor-in-chief Albina Absalyamova. He emphasized that the publications of Tatmedia JSC are confidently conquering the Internet space, developing their pages on Instagram and TikTok, but printed newspapers and magazines are the basis on which modern media will be based.