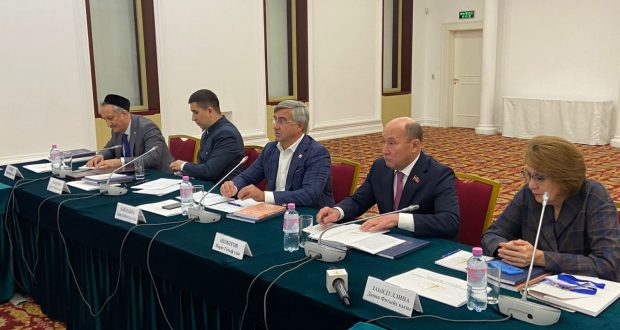 – 2022 was filled with memorable events. Firstly, it is the 1100th anniversary of the adoption of Islam by Volga Bulgaria. Every year we hold the All-Russian Forum of Tatar Religious Figures. 2022 was also the year of the 30th anniversary of the World Congress of the Tatars. The Congress conducts its activities, being in contact with Tatar public organizations in the regions of Russia and abroad, said the Chairman.

The meeting was attended by 27 members of the National Council from the Republic of Tatarstan, 24 from the regions of Russia, and 2 from foreign countries.

The Head of the Executive Committee of the World Congress of the Tatars Danis Shakirov presented a report on the activities of the WCT in 2022.