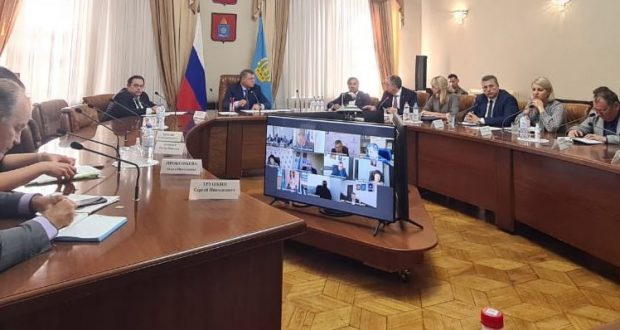 Today there was a meeting of the Organizing Committee for preparing the XIII All-Russia rural Sabantuy in Astrakhan.

The meeting was attended by Vasil Shaykhraziev, Deputy Prime Minister of the Republic of Tatarstan, Chairman of the National Council of the World Congress of Tatars and Igor Babushkin, Governor of the Astrakhan Region.

The Astrakhan region has already celebrated the Federal Sabantuy twice – in 2008 and 2017. Next time the plow festival will be held on May 27, 2023.

The All-Russian Sabantuy will be the starting event, presenting the ethno-village as one of the locations of the ethno-tourist route in the region.The organization of such a large-scale holiday is an excellent tool for the development of event tourism in the Astrakhan region and in Russia.