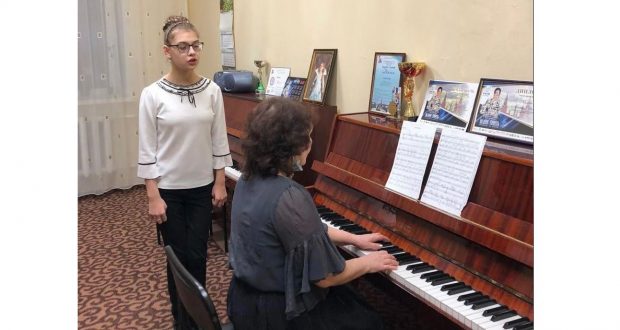 At the White Cane International Festival Azalia Yafyasova performed on the same stage with the singer Alsou. As a duet, they performed the song “To you”. The jury appreciated the vocal abilities of the young chelniner. She became one of 30 winners. And this is despite vision problems and  diagnosis of cerebral palsy.

Azalea has been practicing vocals since the age of three. Sings in Russian and Tatar languages. By the age of 14 she is already a multiple laureate of republican, Russian and international festivals such as “Constellation”, “Good Wave”. In all endeavors, the girl is supported by her family. But home rehearsals for a high result would not be enough. Azalea goes to a music school, where she works with a vocal teacher. Among the achievements of the young chelniner, not only first places in various competitions. Composers write songs to her, and she also appears in music videos.

Now Azalea is preparing to perform at several more major republican and international competitions. As for the White Cane festival,  broadcast of the concert with the participation of Azalia Yafyasova can be seen on Christmas, January 7, on the air of one of the federal TV channels.

As a reminder, in mid-October 2020, the White Cane International Charitable Festival was held at the Moscow State Academic Theater “Russian Song”. The festival was timed to coincide with the International Day of the White Cane – the symbol of the blind person. The organizer was  tge Diana Gurtskaya charitable foundation for helping blind and visually impaired children “At the call of the heart”.