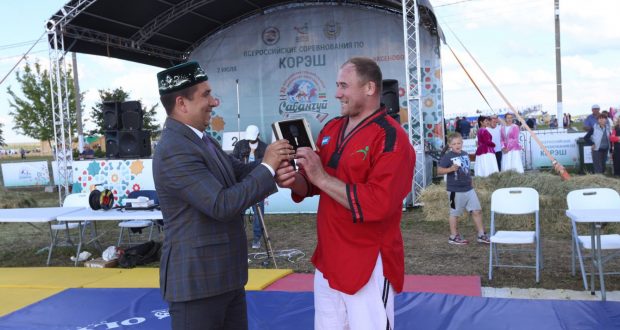 At the XII All-Russian rural Sabantuy, the Tatarstan wrestler Rail Nurgaliev became the absolute Batyr. The award of the President of the Republic of Tatarstan – the keys to the Lada car – was presented to the batyr by the head of the Executive Committee of the World Congress of Tatars Danis Shakirov. Rail Nurgaliyev’s rival in the fight for the title of absolute batyr was the Tatarstan wrestler Bulat Musin.
About a hundred wrestlers from 25 regions of Russia competed in the team event in 8 weight categories. Alexei Mishin, a native of Mordovia, Olympic and world champion in Greco-Roman wrestling, became the chief referee of the competition.