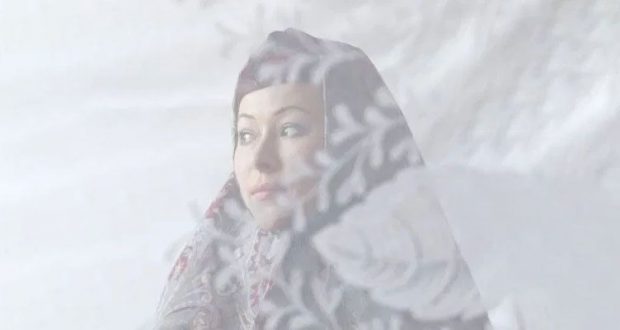 It is possible to get acquainted with traditional culture and life of one of the many peoples, living in the Urals, at the center of the traditional folk culture of the Middle Urals in Yekaterinburg from September 10 to November 29. Ethnographic exhibition “Where chulpy ring …” will present a bright and distinctive culture of the Tatars in the Urals.

” First, Tatar woman could be heard, only then seen” … So talking about girls and women who weave braids in their exquisite on-plait-chulpy, consisting of ringing pendants and coins. Chulpy jingled with every movement, particularly in dance, rhythm happily painting a rhythm of woman’s life.

At the ethnographic exhibition “Where chulpy ring …” visitors will be able to acquaint not only with women’s jewelry, but also with objects that reflect particular costume complexes, utensils, religious objects of the Ural and Volga Tatars. A single exhibition space will feature more than 200 artifacts from museums and private collections of the Republic of Tatarstan, Tatar villages of the Republic of Bashkortostan, the Perm Territory, Chelyabinsk and Sverdlovsk regions.

At the exhibition you will see women’s traditional costume and patterned shoes, jewelry, samples of fine embroidery and

leather mosaics, decorative and applied art, which clearly and fully reflect the level of crafts by Tatar masters, get acquainted with the culture and traditions of the people.

The exhibition includes pictures of accessories, clothing items and national cooking utensils of Kazan Tatars, here the ethnographic images are represented, reflecting different time tradition since the mid-nineteenth to the early twentieth century.

An important section of the exhibition will present the Ekaterinburg photographer Sergey Poteryaev with a series of portraits of women in the Tatar national scarves. Sergei himself describes his project: “I thought a lot about the role of the Muslim and Christian worlds, how they interact with each other in the Urals and Russia as a whole. It was then, in an attempt to unify Muslim symbols and Christian environment, I began to form a series of portraits of girls. I was interested to see how the visual line merge, creating a common portrait of a girl in a scarf. ”

Exhibits for the exhibition have been provided by: GKBUK “Perm Museum of Local History” GBUK “National Museum of the Republic of Tatarstan”, Gauck CO “Sverdlovsk Regional Museum” MUK “National cultural complex. Arakaevo “, as well as from funds GBUK CO” Center for Traditional Folk Culture of the Middle Urals “and collectors of the Sverdlovsk region.

At the opening ceremony, which will take place on September 10 at 16.00, will perform children’s ensemble of the Bashkir and Tatar folk “Cugarsen”, Ensemble of Tatar and Bashkir culture

“Yoldyz.” There will also be demonstration workshops on traditional crafts Tatar – for tambour embroidery and crochet for traditional headdress “kalfak.”