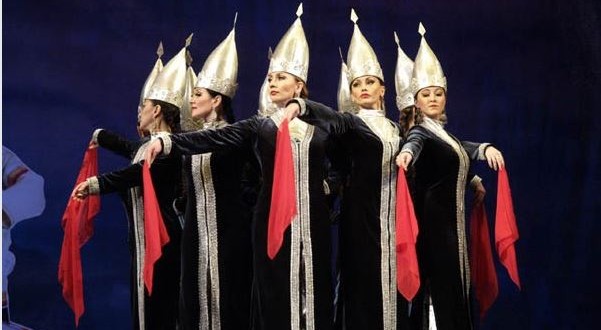 In Astrakhan, a solo concert of RT State ensemble of song and dance takes place

The artists of RT State Song and Dance Ensemble have returned from Astrakhan where, the day before, a big solo concert of the collective took place . The evening , organized by the Association for Development and Preservation of Tatar national culture of the Astrakhan region, took place on recently opened scene of the Opera and Ballet Theatre.

“The hall of Astrakhan new opera house holds more than 800 persons, has been filled – says artistic director of RT State Ensemble of Song and Dance Airat Khametov . – Astrakhanians know and love our collective: here we have made numerous solo concerts, the last of which took place in January 2013, during the current visit, RT State ensemble presented the program of 30 items, of which the compositions of gold fund, and new productions . ” According to Khametov , the audience warmly received Kazaners: gifted flowers, and did not stint on applause.