Home / News / In Kazakhstan, the action “Petropavlovsk shakharendа dictation” dedicated to the International Day of the mother tongue held 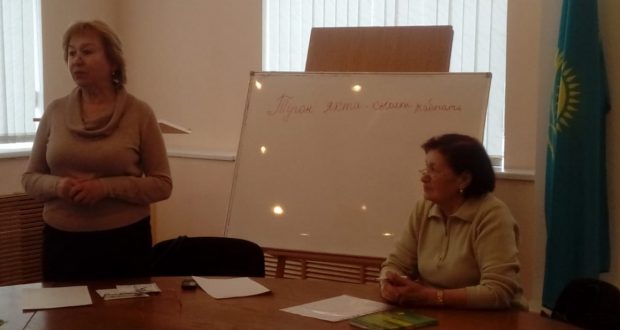 In Kazakhstan, the action “Petropavlovsk shakharendа dictation” dedicated to the International Day of the mother tongue held

In Kazakhstan, the action “Petropavlovsk shakharendа dictation” dedicated to the International Day of the mother tongue held

In order to cultivate in the youth environment a tolerant and respectful attitude to traditions, language and cultural values, at the House of Friendship of Petropavlovsk the Tatar-Bashkir Center “Duslyk” of the North Kazakhstan Regional Assembly of the People of Kazakhstan held a city educational action “Petropavlovsk Shakharanda Dictation” dedicated to the International mother tongue day  took place.

The action is aimed at increasing interest in literate spelling and possession of literary Tatar, self-checking spelling and grammatical errors. Everyone could try his hand at writing dictation in the Tatar language.

The text of the dictation was read by a veteran of pedagogical work, a teacher of the Tatar language Liya Nurgaenovna Shakirova. In due time, Lia Nurgaenovna graduated from Kazan State Pedagogical Institute. She has a number of awards. Dictation  has  passed successfully. The oldest dictator Shakirov, Rishat Shakirovich, is 85 years old, and the youngest Temerzhanov Ruslan is 12 years old.

The Duslyk  initiated the holding of this event, which was a kind of a step in preparation for the global campaign “Tatarcha Dictation”, which will take place traditionally in October. It should be noted that last year Petropavlovsk for the first time joined this global campaign, gaining the largest number of participants in Kazakhstan.