Home / News / Kazaners are invited to play the game “Zalida” 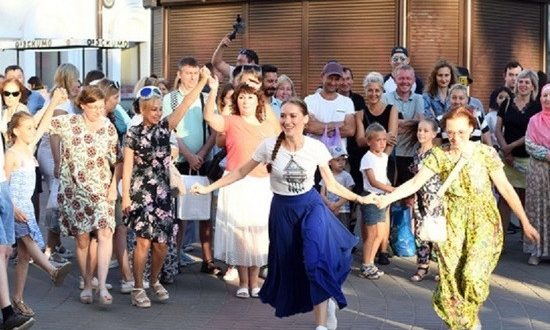 Kazaners are invited to play the game “Zalida”

The Tatar musical and dance game “Zalida” will take place today on the pedestrian street of Kazan, during which participants will learn the movements of folk dance. Citizens and guests of the capital are invited to participate. The event will be held in the Tatar language as part of the Khәrәkәttә – bәrәkәt project. This was reported by the press service of the mayor’s office.

According to the rules of the game, the participants sing and dance around the accordion player and perform funny punishments for resourcefulness and dexterity.

Those wishing to spend the evening interestingly and profitably, the organizers will be waiting on August 9 at 19:00 at house number 24 Bauman Street.

Five events were held this season within the framework of the Khәrәkәttә – barekt project. Sports and creative activities will be held until the end of the summer.

By the way, 14 such events were organized last summer season.