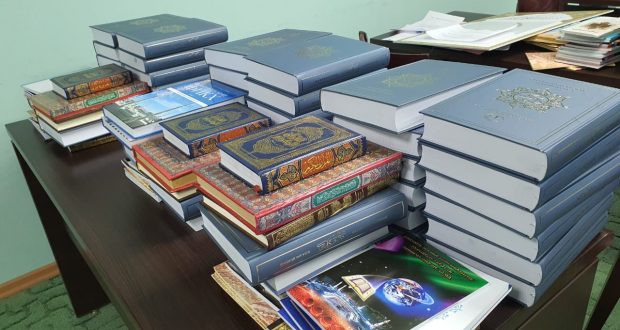 The Religious    Directorate of Muslims of Komi provided all Muslim religious organizations of the republic with books on Islam.

The charitable event, timed to coincide with the 30th anniversary of the Muftiate, is designed to contribute to the spiritual and moral education of youth and the popularization of traditional values ​​in society.

The ceremony of donating a large batch of Muslim literature to the communities took place recently in Usinsk. The books will be sent to a number of cities, including Vorkuta, Pechora, Syktyvkar, Inta. Part of the book fund was purchased at the expense of benefactors.

Mufti of Komi Valiakhmad Gayazov noted that these books will help believers to rethink the ideals they strive for and find answers to existing questions.