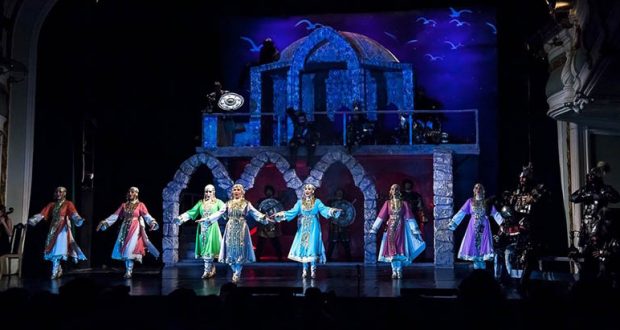 Elmir Nizamov’s opera “Kara Pulat” (“The Black Chamber”) became a nominee for International Golden Trezzini Awards for Architecture and Design. The opera claims to win in the nomination “The best realized project of theatrical scenery”. The announcement of the results of the competition will take place on November 15 in St. Petersburg.

International Golden Trezzini Awards for Architecture and Design was founded in 2018 and named after the Russian architect of Swiss origin Domenico Trezzini (1670-1734), the first architect of St. Petersburg, the creator of the Peter and Paul Cathedral.

The jury of the Golden Trezzini Award includes more than 230 experts from 34 countries.