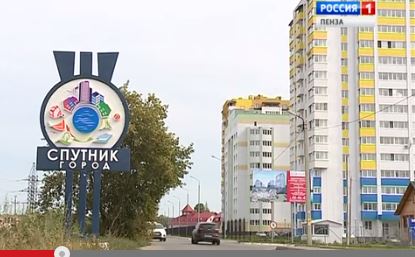 Regional Festival of Tatar song took place in Penza. For the first time it was held in the open air. It was held in the city “Sputnik” where high-rise buildings are combined with a unique natural landscape.

The festival of Tatar song was held in the Year of Culture, announced in Russia. On a visit to the Muslims of the Penza region co-religionists from the capital have arrived.

“Together, I think we’re doing a great thing – disseminate our good relationship, or as we call, good-neighborliness in our multi-ethnic, multi-religious country,” – said the first deputy chairman of the Council of Muftis of Russia from Moscow Rushan Abbyasov.

Folk songs from the stage sounded all evening. The participants of the festival were the best creative teams from five districts of the Penza region. They not only sang and danced, but also communicated with the audience.

Organizers of the festival, by their own admission, could not even count the participants. The scene attracted more soloists, than stated in the program. The audience thanked the artists by a warm applause. Despite the nasty weather, warmth of the soul of singers of the national song warmed not less the sunny one.