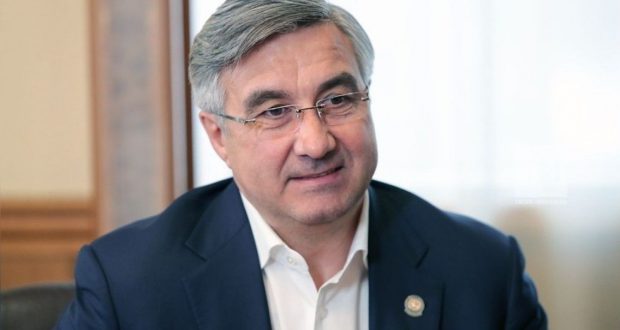 Today, the Kazan Kremlin  has  hosted a joint meeting of the organizing committee for the preparation of the celebration of the 100th anniversary of the TASSR, the organizing committee for holding the Year of Native Languages ​​and National Unity in Tatarstan in 2021, as well as the Council for Interethnic and Interfaith Relations. During the event,  President of Tatarstan Rustam Minnikhanov awarded Deputy Prime Minister of the Republic of Tatarstan, Chairman of the National Council of the World Congress of Tatars Vasil Shaikhraziev with the medal of the 100th anniversary of the formation of the TASSR.