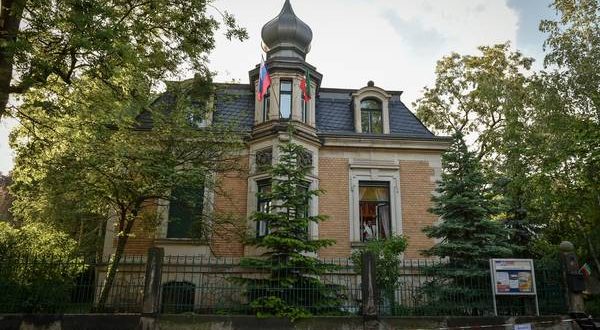 On Juny 1, in Dresden at the German-Russian Cultural Institute Tatarstan President Rustam Minnikhanov, who is on a three-day working visit in Germany (June 1-3), took part in the literary and musical evening dedicated to the 130th anniversary of Tatar poet Gabdulla Tukai.

An extensive cultural programme, which allowed getting acquainted with the works of Gabdulla Tukai, had been prepared for participants of the event.

Director of the German-Russian Cultural Institute Wolfgang Schälike addressed participants of the event with welcoming remarks.

In his turn Minnikhanov thanked representatives of the Tatar community for their pro-activeness, desire to keep contacts with their homeland.

According to Minnikhanov, representatives of the Tatar community in various countries worldwide contribute to the development and preservation of contacts, multi-faceted cooperation. He reminded that he had met with representatives of the Tatar community in Australia, Finland, the United States and many other countries, and everywhere the Tartars away from their historical homeland were able to find each other, came together to preserve traditions, customs, native language and culture.

Minnikhanov noted that today Russia pays much attention to compatriots living abroad. He stressed that Russia is a multiethnic and multi-religious country and this is what makes the Russian state strong.

Speaking about Tukai works, Minnikhanov emphasized that Gabdulla Tukai left an indelible mark not only in the Tatar literature, but also in the heart of the Tatar people. He said that Tukai is very important to the Tatars, every generation finds answers to many questions in his works.

He went on to express his confidence in that the interest in Tukai would only grow with time.
Tatarstan President’s press office, Elena Britvina