Home / News / Sabantuy is held in the Sverdlovsk region 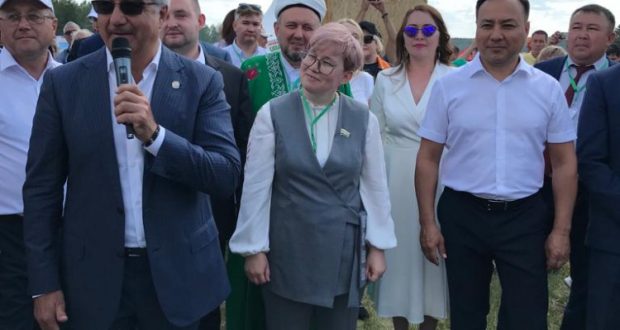 Sabantuy is held in the Sverdlovsk region

Today, the regional national cultural and sports festival “Sabantuy-2022” is taking place in the village of Kadnikovo, Sysert district, Sverdlovsk region, on the basis of the White Horse country club. Guests from a dozen regions of Russia take part in the celebration.

The national holiday of the Tatar people is held as part of the year of the cultural heritage of the peoples of Russia.

The event is attended by Deputy Prime Minister of Tatarstan, Chairman of the National Council of the World Congress of Tatars Vasil Shaykhraziev. He visited national farmsteads, accompanied by Deputy Governor of the Sverdlovsk Region Azat Salikhov, Deputy Chairman of the State Assembly-Kurultai of Bashkortostan Tamara Tansykkuzhina and other guests.

At the opening of the holiday, Vasil Shaikhraziev made a welcoming speech. Today the President of Tatarstan Rustam Minnikhanov is expected to take part in the national cultural and sports festival. There will be performances by art groups from Tatarstan and Bashkortostan, national games, horse racing and wrestling.