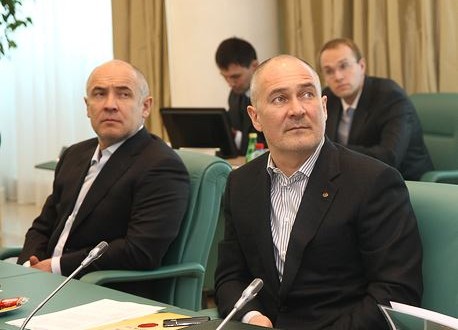 Shaymievs brothers entered the top 10 richest families in Russia, according to Forbes

Brothers Ayrat and Radik Shaymievs have been included in the new edition of the rating Forbes «10 richest families in Russia”, which they appeared on the fifth line. Their joint wealth was estimated at $ 2.3 billion. In the ranking of Forbes billionaires Forbes wealth of each of them is estimated at $ 1.15 billion.

Most richest family of Russian businessmen have become brothers Arkady and Boris Rotenbergs, their joint business is estimated at $ 5.55 billion. In second place with $ 4.85 billion Gutserievs family: brothers Mikhail, Sait-Salam and Khamzat and their nephew Mikail Shishhanov. Brothers Alexey and Dmitry Ananiev in third place, their joint wealth – $ 4.6 billion.

6 family – participants of the rating out of 10 are presented by brothers. As indicated by the top 10, only half of the business is divided “brotherly” or equally. Equal shares owned by brothers Sarkisovs, Ananievs, Shaymievs and Rotenbergs, Magomedovs and Aminovs –

not only the elder and younger brothers, but also senior and junior partners.

The combined wealth of 10 richest families in Russia makes up $ 26.3 billion.