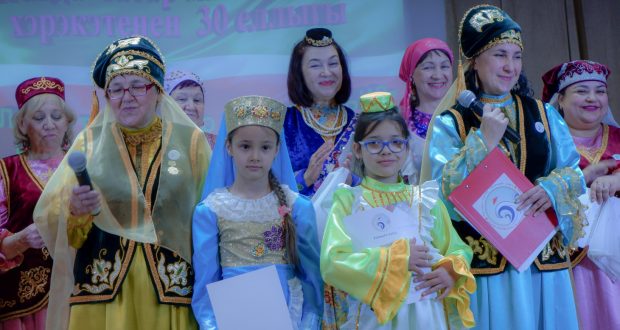 The concert program “Altyn Miras” dedicated to the 30th anniversary of the Tatar national cultural movement took place in the House of Peoples. The Duslar Ensemble, which also turned 30, shone on the stage.

The atmosphere of the holiday for the audience was presented by the Honored Artist of the Republic of Bashkortostan and the Republic of Tatarstan Rustam Asaev. He performed many memorable compositions, and also presented gifts for the 30th anniversary of the Tatar national cultural movement to local activists.

Among the guests of the holiday were the leaders of the national-cultural public associations of Barnaul. “For the Bashkirs, as the people closest to the Tatars, this anniversary is also dear. The concert was a good conclusion to the Year of the Cultural Heritage of the Peoples of Russia,” said Timur Ayupov, head of the Bashkir culture club “Uralym”.