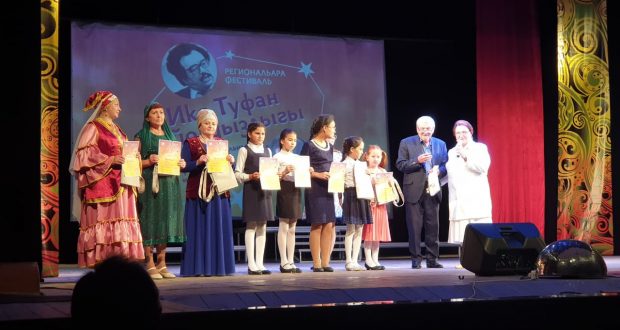 The IV Intermunicipal Festival “Constellation of Two Tufans” was held in the Lysvensky cultural and business center on September 24. The event was organised jointly by the World Congress of Tatars, the National and Cultural Autonomy of the Tatars in Perm Krai and the Ministry of Culture of Perm Krai.

The festival brought together creative and active residents of Perm Krai. Virtual tours of the house-museums of Khasan Tufan and Tufan Minnullin were presented at the business site “Reflection of the creativity of two Tufans in the life of the Tatar people”.

This year, a large number of young people have shown interest in the event. 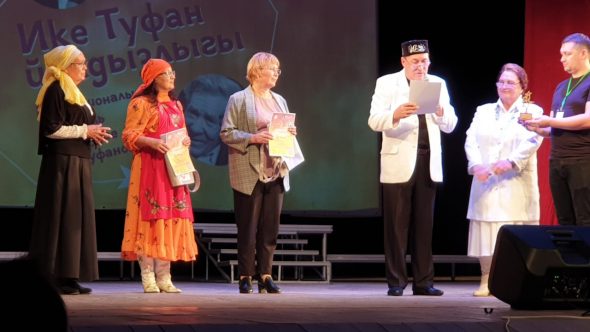 At the awards ceremony, the audience was presented with the best creative works of the festival participants.The festival ended with a concert by artists of the Republic of Tatarstan Ferdinand Fathi and Gulshat Imamievа, who conquered audience with their unique voice.

Zamirа Mukhaeva, Chairman of the National cultural
center of the Tatars of Lysva city