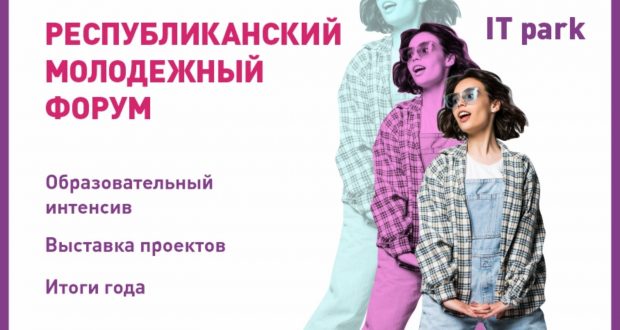 The most active youth of 2020 will be awarded in Tatarstan

December 1 and 2 at  the IT-park as part of the X Republican youth forum “Our Tatarstan. Territory of Opportunities ”will bring together the winners of grant competitions, the best participants in  summer forum campaign and  road tour“ Time for the Young ”2020.

Among the largest grants is the project “Academy of KVN” by Ekaterina Evtikhova, aimed at the development of youth KVN in Tatarstan. Grants also gave a project to create a blog tour of UNESCO cultural heritage sites, the “Slam” Contemporary Poetry Festival, Student Film Studios, Mendeleev’s Mentors, Like a Donor 2.0 and many others.

Forum “Our Tatarstan. Territory of Opportunities ”will bring together the winners of grant competitions and the best participants in this year’s forum campaign. For young activists, educational seminars will be held from representatives of the Presidential Grants Fund, the Federal Agency for Youth Affairs and the Resource Youth Center of Russia, as well as meetings with representatives of the relevant ministries of the republic on the implementation of the winners’ projects. The best ones will be awarded with letters of thanks and grant support.

An important part of the Forum will be a meeting with the winners of the Time of the Young campaign. As part of the 2020 road tour, a team of experts from the Ministry of Youth Affairs of the Republic of Tatarstan traveled 45 districts and covered 7,740 kilometers on the way. During the entire tour, 617 projects were presented, some of which have already received support and are now being implemented. On December 1, Evgeny Shutko, the best participant in the “Time of the Young” campaign in the Kaibitsky District and a prize-winner of “Tavrida”, will speak  about his project to create an ethno-channel on YouTube.

In addition, an exhibition of finalist projects will be held within the framework of the forum. Thus, Aliya Mingazova from Boarding School № 4 will present her project to create modern clothes with a Tatar identity using the Latin spelling of the Tatar language – (zamanalifa). And Adelya Zinnatullina will tell about the project “Chess by touch” – a complex of chess events for the blind and visually impaired, aimed at the all-round development of the personality.

The forum will be held in compliance with all epidemiological requirements.

Republican youth forum “Our Tatarstan. Territory of Opportunities ”has been held in Kazan since 2010. Throughout the history of the forum, the youth of the republic from 14 to 35 years old presented almost 10,000 projects, 163 of which were successfully implemented. Thanks to the Forum, 82 projects became winners of federal grant competitions.