Home / News / “The question should not arise, whether  there is information on the Internet in Tatar” 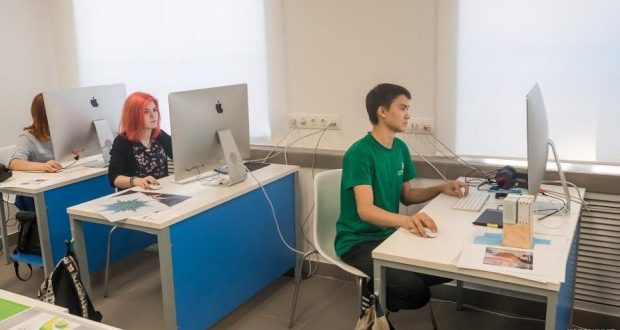 “The question should not arise, whether  there is information on the Internet in Tatar”

In Kazan, they plan to open a special school, which would be a good help for the development of Tatnet. It plans to teach everyone who wants to create high-quality websites working in the Tatar language. This idea was voiced by the director of the Tatnet Development Fund Rail Gataullin.

“In addition to teaching sites, other lessons could be taught at the school. I already have some ideas, but I won’t talk about them yet, ”the speaker says.

They plan to hold a three-day school twice a year – during the winter and summer holidays. During this time, students must learn   basics of creating sites. The speaker has not yet decided to talk about whether the speaker’s educational program will be paid or free. If there is a sponsor, then all training will be made free of charge.

“The school would be taught by programmers who deal with Tatar Internet projects, designers and SMS specialists. Perhaps there will be those who will teach how to properly place the site’s content, explain how to edit it, ”adds Gataullin.

When the idea comes to life, the interlocutor does not specify. He only notes that in the near future he plans to discuss the idea with the Ministry of Education and Science of the Republic of Tatarstan in order to invite the department to take the project under its wing. So, students of the school would have the opportunity to receive a certain document at the end of the courses.

“If I achieve this goal, it will be very good. I would like our graduates to see the value of their studies and in the future could lead people to teach them what they can do, open the same schools in the districts, ”adds the author of the project.

Gataullin did not come up with the idea of ​​creating such a school. For 10 years in a row, under his leadership in Russia, a competition of Internet projects in the field of education and culture has been held under the name “Belem Urlҗәүһәre”. Its goal is to popularize Internet projects related to the Tatar language.

Of those applications that nevertheless passed all the qualifying stages, lists of finalists in 10 nominations have already been formed. Among the new ones is the best project among Wikipedians. In the past few years, work on the development of the Tatar Wikipedia has been particularly active.

“The Internet encyclopedia is very important, because if we could say that there is any information in the Tatar Wikipedia, then people would begin to search for it in their native language. And many people think that the information he needs in Tatar is not present, although this is not so, ”said Gataullin.

In addition, according to the speaker, he and his team annually record the number of those who search the Internet for information in the Tatar language.

“Website development requires certain knowledge and skills that not everyone has. Therefore, I would like people who have made a great contribution to the development of Tatnet to be awarded in a large hall, in front of a thousandth audience, ” the source explained.

Gataullin recalls that in the first year of the competition in 2010, 17 books were presented to the winners. In all subsequent years, gadgets and laptops were given to them as gifts.

The contest organizers believe that the mere projects that pass through their hands are, of course, not enough for the full existence of the Tatar part of the Internet. In this case, they adhere to the point of view, the more the better.

“Firstly, there would be competition and motivation for its development. Secondly, even more interesting, creative people would join the Tatar Internet, ”he concluded.