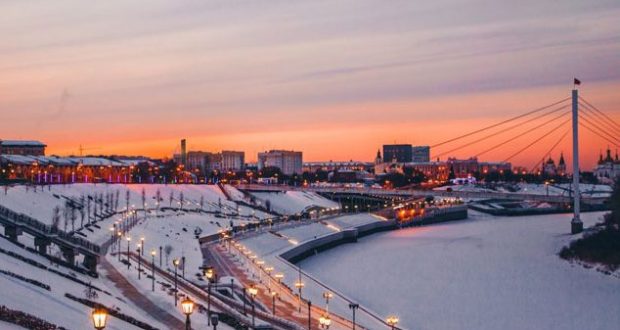 Tyumen – the Siberian bridge of Eurasia

In 2018, the implementation of a new initiative in the field of popularization of historical and cultural heritage and the development of tourism will begin, it is about creating a systemwide all-Russian platform with international participation, with the working title “Siberian Route” to discuss the promotion of historical heritage and tourism development on the basis of the Tobolsk Kremlin. The aim of the project is to promote the socio-economic growth of the regions through the development of cultural and business tourism. The project will contribute to the formation of a holistic view of the cultural and historical heritage of the Russian Federation, its promotion and preservation, as well as the development of tourism and cultural and economic ties. The project “Siberian route” will work on the popularization of the brand “Tobolsk – the capital of Siberia”.

The annual forum “Siberian Route” in the Tobolsk Kremlin, which will invite representatives of the federal government, all-Russian organizations, experts, economists, scientists, business leaders, tour operators and cultural figures, might become the most important instrument for organizing the all-Russian project for cultural and economic development.

Also, work is underway to implement the project of cultural and economic development “Tyumen-Siberian Bridge of Eurasia”.

The Siberian Mission of the Crimean Historical Museum-Reserve (established in October 2017) is transformed into the Siberian Historical and Cultural Center with the right to obtain the status of a legal entity and accommodation in Tyumen and Tobolsk.

The Siberian tract is an ancient overland route from European Russia through Siberia to the borders of China. It runs virtually throughout Russia. It started from St. Petersburg and Moscow and ended with two branches from Verkhneudinsk to Nerchinsk and Kyakhta. The total length of the route from Moscow to Beijing was, according to one calculation, 8332 versts, in others – 8,839 versts.