Home / News / Vanlife-fest”, “Aga-bazaar” and “battles of the knights”: Bolgar prepares a record for the number of tourists 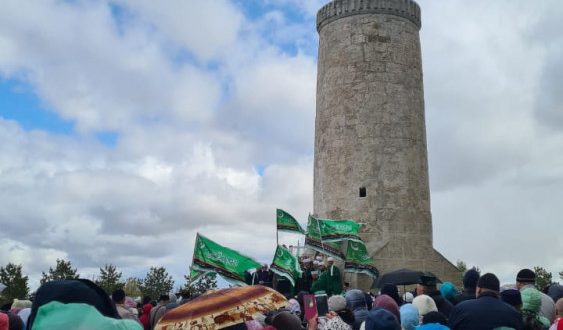 Vanlife-fest”, “Aga-bazaar” and “battles of the knights”: Bolgar prepares a record for the number of tourists

A large-scale program was prepared for the beginning of the tourist season by the Bulgarian Museum-Reserve.

As the deputy director for the development of the Bulgarian Museum-Reserve Liliya Safina said, the museums and architectural monuments of Bolgar are accessible to visitors at any time of the year. This year, a new program “Great Bolgar invites” is presented to tourists.

Lilia Safina recalled that 2022 is being held under the auspices of a significant event for Russia and the Muslim world – the 1100th anniversary of the adoption of Islam by the Volga Bulgaria.

In addition to the main event of this year, other major interesting events are planned for the summer. On July 16 and 17, the Bulgarian Museum-Reserve will host the ethno-cultural festival “Aga Bazaar” for the second time.

On August 13 and 14, the festival of medieval battle “Great Bolgar” is scheduled. Tourists will be able to plunge into the atmosphere of life and life of our ancestors of the 9th-15th centuries. Spectacular battles between the warriors of the Golden Horde, Russia and Europe will unfold on the festival site.