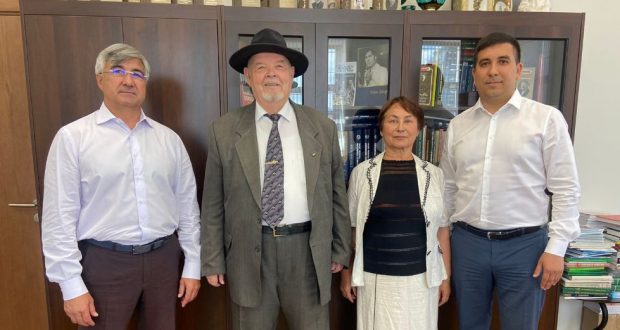 Vasil Shaikhraziev and Rim Giniyatullin discussed the issues of Tatars living in Uzbekistan and talked about the events of the VIII Congress, which will be held from July 30 to August 2 in Kazan.