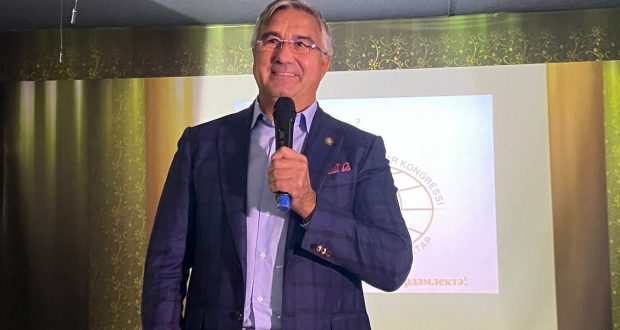 Vasil Shaykhraziev met with the Tatar community of the Murmansk region

Deputy Prime Minister of the Republic of Tatarstan, Chairman of the National Council of the World Congress of Tatars Vasil Shaykhraziev is on a working trip to the Murmansk region. Yesterday there was a meeting with the Tatar community.

The Chairman spoke about the events held by the World Congress of Tatars as part of the celebration of the 30th anniversary of the organization. He also thanked the leadership of the Murmansk region for the assistance in establishing a memorial plaque to Anver Tumparov.
“This is a milestone event for us,” said the Chairman.

During the conversation, Vasil Shaykhraziev announced the holding of the action “Tatar dictation” and called on compatriots to take part in this project.

At the meeting, activists of the Tatar community, who made a great contribution to the development of the Tatar language, culture and traditions, were awarded. They were awarded medals of the World Congress of Tatars and appreciation letters. 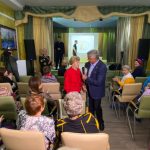 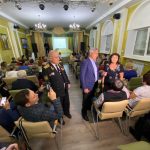 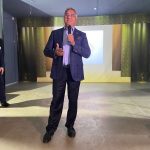