Home / News / Vladimir Pozner: “You can’t deprive  a person of his native language” 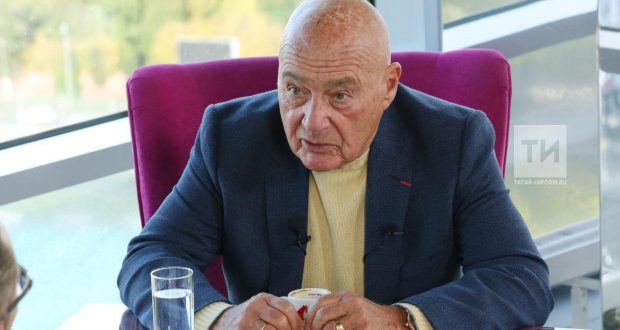 Vladimir Pozner: “You can’t deprive  a person of his native language”

Infringement on the development of the national language does not lead to anything good and does not contribute to friendship between different nationalities and nations. Well-known TV host and journalist Vladimir Pozner told about this in an interview with the director general of Tatmedia JSC Andrei Kuzmin for the Tatar-inform news agency.

“It is strange for me that this issue  arises (about the study of national languages ​​in the republics – approx. T-i). In the end, if we talk about which nation we belong to, then our language is the main indicator of this. The language reflects us, the Russian language – the Russians, the French language – the French, and, of course, the Tatar language – the Tatars. I would understand if they asked the question: “Is it obligatory to learn Russian?”. But in my opinion,  there should not even be a question, ”Pozner emphasized.

He also gave examples of the coexistence of different languages ​​in foreign countries. So, in Canada, the French language is absolutely legitimate. Moreover, in Quebec it is the first language, and English is the second. A large number of Swedish Finns live in Finland, and all the inscriptions are bilingual everywhere, there are Swedish schools for Swedish Finns. In Belgium, three languages ​​are in use – German, French and Dutch.

“They are all absolutely equal, and this is not so much because there are very kind uncles and aunts, but because there are not stupid aunts and uncles who understand that it is impossible to deprive a person of his native language. This is a protest, it’s wrong, ”said Posner.