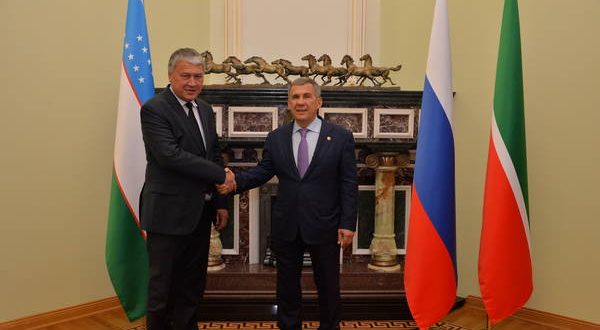 On March 13, members of the Uzbek delegation, accompanied by Deputy Prime Minister of the Government of the Republic of Tatarstan Vasil Shaikhraziev, Representative of the Republic of Tatarstan in the Republic of Uzbekistan Ramil Shakirov, by helicopter, visited the Special Economic Zone “Alabuga”, where they got acquainted with a number of investment projects and infrastructure of the very special zone (Elabuzhsky Municipal district). During the visit to “Alabuga” guests were introduced to the presentation of the SEZ, after which they visited the plant of the company KASTAMONU. The general director of the enterprise, Ali Kylych, conducted a tour for the delegation of Uzbekistan on one of the largest factories of the special economic zone.

The purpose of the visit by  the delegation of Uzbekistan was to study the experience of the most successful special economic zone of Russia – in Samarkand Oblast they set up their industrial and production zone, and the guests want to adopt the best practices.

Then the delegation went and visited the innovative IT-city “Innopolis”, as well as  production sites of JSC “KAMAZ” in Naberezhnye Chelny.

During the visit, members of the delegation of the Samarkand region also visited the regional engineering center of medical simulators “Center for Medical Science” / “Eidos”, Agroprompark “Kazan”. The guests visited the territory of the Kazan Kremlin, and also took part in a meeting with compatriots led by Abdumanop Abdusattarov, chairman of the national-cultural autonomy of Uzbeks of the Republic of Tatarstan at the House of Friendship of Peoples of Tatarstan.

In the evening, the official meeting of  President of the Republic of Tatarstan Rustam Minnikhanov with  Khokim of the Samarkand region of the Republic of Uzbekistan Khimmat Okbutayev was held at  the Kazan Kremlin,  extended negotiations took place.

Greeting the guests, Rustam Minnikhanov expressed confidence that the current visit of Uzbek colleagues will contribute to the further development of cooperation between Tatarstan and Uzbekistan within the framework of Russian-Uzbek relations.

The interaction between Tatarstan and Uzbekistan is built on the basis of the agreement signed in 1993 Intergovernmental Agreement on trade-economic, scientific-technical and cultural cooperation.

Rustam Minnikhanov also recalled  that last year the volume of trade turnover between Tatarstan and Uzbekistan amounted to more than 50 million US dollars, but there are opportunities to increase volumes and cooperation in many areas. “The level of our cooperation does not correspond to the available opportunities, primarily in the field of economy,” he said.

During the meeting, the President of Tatarstan briefly described the economic situation in the republic, noted the most serious projects implemented in  industrial sector, in the field of information technologies, in  using  innovations.

He stressed that Tatarstan is developing cooperation with Uzbekistan in the field of culture and education, there is an exchange of creative teams, Days of Culture are held. In the universities of Tatarstan, about 2 thousand students from Uzbekistan are studying, and we will be glad to increase their number, Rustam Minnikhanov  said.

In addition, the ethnic and cultural autonomy of Uzbeks of Tatarstan counts nearly 9 thousand people and takes an active part in the public life of the republic.

According to Rustam Minnikhanov, good prerequisites exist for expanding ties in the sphere of sports and tourism.

A bright cultural program was presented to the guests.

In turn, Khokim of Samarkand Oblast Himmat Okbutayev thanked his colleagues from Tatarstan for a warm welcome and a rich introductory program. He noted that this visit to Tatarstan took place on the eve of the planned state visit to the Russian Federation of the President of the Republic of Uzbekistan Shavkat Mirziyoyev (tentatively this April), and expressed  hope that the visit will give a new impetus and dynamics to the relations between the countries.

Khokim of the Samarkand region Himmat Okbutayev invited specialists from the Republic of Tatarstan and President of Tatarstan Rustam Minnikhanov to visit Uzbekistan.

In Tatarstan, mainly clothing, textiles, and agricultural products are imported from Uzbekistan.

Tatarstan is interested in supplying Uzbekistan with KAMAZ vehicles (for construction companies, power structures, road construction and housing, communal services); in  expansion of cooperation in the field of mechanical engineering; Supplies of compressor and refrigeration equipment, medical equipment, petrochemical, pharmaceutical and other products; In  development of cooperation in the field of medicine and health. 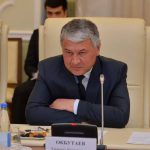 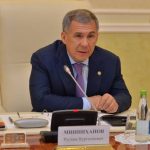 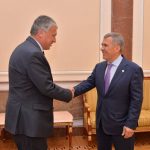 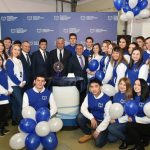 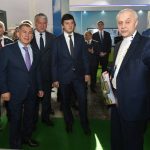 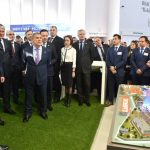 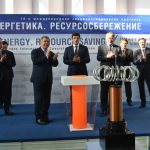 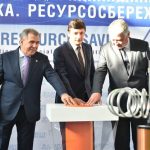 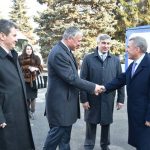 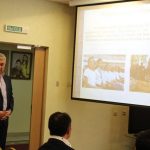 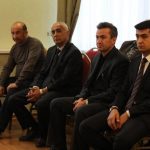 According to media of the Republic of Tatarstan