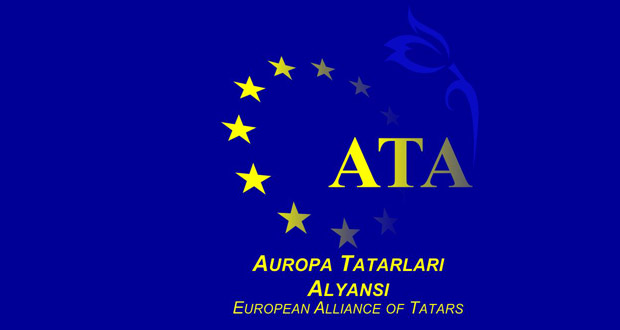 The Tatars, who lived in Europe for several centuries, have not lost their national identity and ethnic uniqueness! In order to preserve our identity as a part of the European cultural heritage we suggest uniting around a single structure – the “AUROPA TATARLARI ALYANSI”. History has given us a new possibility to declare ourselves as a specific ethnic and cultural formation on the basis of the “AUROPA TATARLARI ALYANSI” in the European Union.

Our nation has already been living side by side with the Poles, Lithuanians, Germans and other European nations for many centuries. The Tatars have proven themselves as brave, courageous people devoted to their ethnic Homeland, believing their ideals to be justice, honor and kindness.

Formation of the ethnic Tatar community began in the Middle Ages through the military estate consisting of representatives of various tribes. This tribal dissociation and assimilation did not allow to form the unified language as the way of accumulating the ethnic unity. That was realized by rulers who tried to ensure the preservation of the Tatar community.

Granting of different privileges and nobility rights for Tatars allowed them to preserve ethnic and confessional originality, to provide class identity.

Islam became a cementing factor in uniting the Tatar community, determined a specific, unique way of development and enabled to maintain this originality despite of being surrounded by foreign languages and cultures.

The spiritual potential of our Tatar people harmoniously combines such Islamic values as peacefulness, tolerance, respect for other cultures and religions.

The European integration has displayed a tendency for creating an integrated economic space, has worked out the strategy of uniting European people and mechanisms of sustained development.

We believe that being a part of the United Europe we will preserve our identity and enrich the European cultural heritage for the future prosperity of all European culture stratums.

Unity and perseverance are the keys to success for our planned actions!