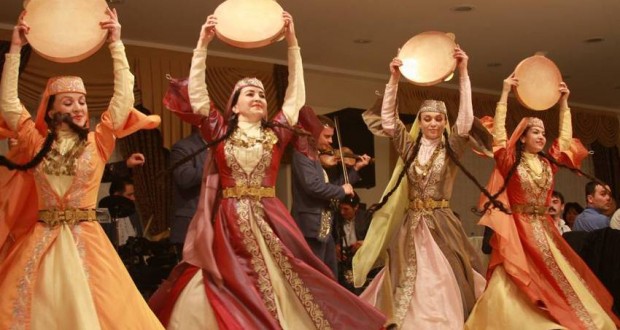 December 5, at 17:00, at the center of Tatar culture in Tyumen a presentation of the second volume of the book “festive and ceremonial culture of the peoples of the Tyumen region ” is to be held. Its author – ethnographer, head of the Department of Culture and Public Relations of the Congress of Tatars of the Tyumen region Valima Tashkalova. More than fifteen years, she taught festive ritual culture at the Tyumen State Academy of Arts and Social Technologies. The monograph examines the life of the peoples living in the region and their intercultural interaction. Valima Tashlakova paid much attention to the folklore of each ethnic group: its mythological origins, genres of folk art. In the book one can learn about the holidays of different nations, and mark them as such in the Tyumen region; What traditional games entertain people, because each one enjoys its fun. For example, the Tatars have popular games like “Break the pot” and “Running with chicken eggs.”

Caucasus and Central Asia. Working over the book, the author based on numerous studies by scientists ethnographers, personal conversations with native ethnic cultures, on her own observations after the visiting national events and holidays.

Valima Tashkalova – author and organizer of the Tyumen Regional Folk Festival, the only one outside the Republic of Tatarstan. The Congress of Tyumen region Tatars holds a festival for 4 years. It as though agitated the Tatar folk culture in the region. For this period, a multitude of Tatar folk groups appeared, the ancient genres such as Bait and munadzhaty revived. Throughout the year, Valima Tashkalova regularly visits the regions where she is advising on the ritual culture of the Siberian Tatars.

Press Service Congress of Tatars of the Tyumen region