Home / News / A project dedicated to the 70th anniversary of Great Victory has been launched at the M. Jalil Theater of opera and ballet 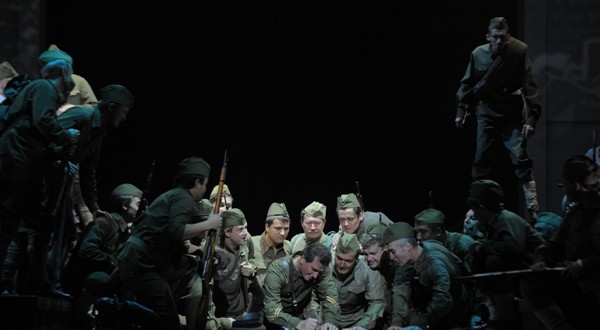 A project dedicated to the 70th anniversary of Great Victory has been launched at the M. Jalil Theater of opera and ballet

On December 7, a joint project of the Theater and the RT Ministry of Education and Science “Forever in our hearts”, dedicated to the coming 70th anniversary of Victory in the Great Patriotic War has been launched at the M. Jalil Tatar Academic State Opera and Ballet Theatre. The project provides for the show of the opera poem by N. Zhiganov “Jalil” in the period from December 2014 to May 2015 (7 (performances) for pupils of secondary and high schools of educational institutions of the Republic of Tatarstan.

Outstanding National Opera “Jalil”, dedicated to the heroism of the Tatar poet during the Great Patriotic War, appeared in 1957. After the war, at home, Musa Jalil was considered a traitor. Only when the famous “Moabit copybooks” by M. Jalil, came back to the USSR, it became aware of his work as part of an underground anti-fascist organization. The story of the life of a prisoner Jalil, his courage and heroic death – the main storyline of the opera by N. Zhiganov. Terrible images of war contrasted picture of the country and abandoned home where his wife and daughter waiting for the poet.

The opera “Jalil” was staged in Kazan in 2011, by director Mikhail Pandzhavidze. The play has been made with the assistance of the XXI century technologies – video installations, computer graphics, scenery-transformers (artist – Igor Grinevich). Producers have created a modern play, utterly close and friendly to the audience of our time.