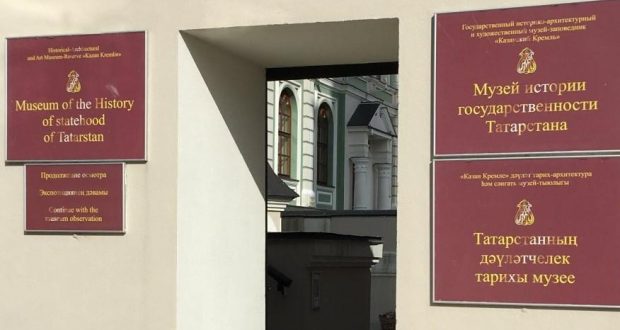 The exhibition with exposition about Siberian Tatars is working in Kazan

In Kazan, at the Museum of the History of Statehood of the Tatar People and the Republic of Tatarstan, the exhibition “Türks of Siberia” is open.

At the exhibition “Türks of Siberia” the history of ethnographic study, the material and spiritual culture of the Siberian Tatars, as well as the Yakuts, Tuvans and Khakasses are revealed. Among more than a hundred exhibits, the works and notes of famous travelers, prominent historians, ethnographers and linguists, participants in scientific expeditions of the 18th-19th centuries stand out. from the Department of rare books and manuscripts of the  Kazan University.

This exhibition continues a joint project initiated in 2017 by the Kazan Kremlin Museum-Reserve and the Ethnographic Museum of Kazan Federal University, dedicated to the material and spiritual heritage of the Turkic peoples of the Russian Empire of the 19th and early 20th centuries.

The National Museum of the Republic of Tatarstan, the Scientific Library named after N.I. Lobachevsky Kazan Federal University took part in exhibition. .

Address: Kazan, Kremlin, Museum of the History of Statehood of Tatarstan. Exhibition “Turks of Siberia”