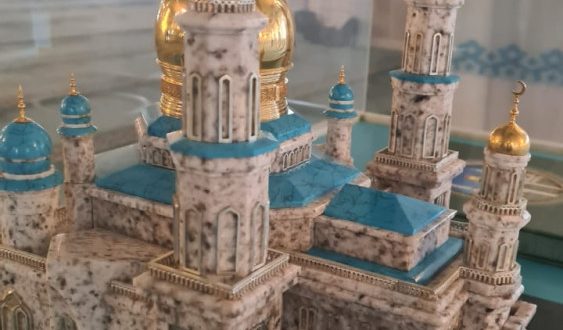 From April 24 to June 27 in the Republic of Tatarstan in the Museum-Reserve “Kazan Kremlin” the project “War and Peace of Vadim Sidur” will be held.

Vadim Sidur left a huge creative legacy, including more than 500 sculptures, 2000 graphic works, a collection of poems, a book of avant-garde prose, a film. His monuments have been erected in Germany, the USA, and Russia. The works selected for the exhibition address the eternal questions of universal human values, understandable to everyone, regardless of nationality and age. In these works – the horror of war and violent death, the impending danger of a global ecological catastrophe, the search for harmony in a crumbling world, admiration for the creative power of human genius and the greatness of human feelings. The works of Sidur make us look at the world around us in a different way, make it possible to analyze what is happening around in more depth, allow us to look into the future and, perhaps, change it for the better.

With all the independence and even isolation of the artist’s creative searches, the name of Vadim Sidur cannot be separated from his era, which he called “the era of the balance of fear.” The personality of the master is on a par with such avant-garde geniuses as Henry Moore, Alberto Giacometti, Constantin Brancusi. At the end of his life, the artist remarked: “I feel like one of the last in the line of dying out classics of our outgoing millennium.”

The exhibition “War and Peace of Vadim Sidur” will feature works from different periods, including: sculpture, graphics, ceramics, linoleum carving. In addition to such famous sculptures as “The Wounded” (1963), “The Prisoner” (1963), “Connections. Tenderness ”(1963), the exposition also includes works that are less familiar to a wide range of visitors.

The exhibition is conceived as a traveling exhibition capable of adapting with the help of the main modules to various museum and other exhibition spaces. The exposition includes more than forty works by Vadim Sidur from the funds of the Manezh Association, as well as works from private collections. The variety of works allows us to present the main milestones in the work of Vadim Sidur in different periods of his work.

In 2016-2019, the project was shown in Moscow, Strasbourg, Luxembourg, Berlin, Minsk, St. Petersburg and Kostroma.