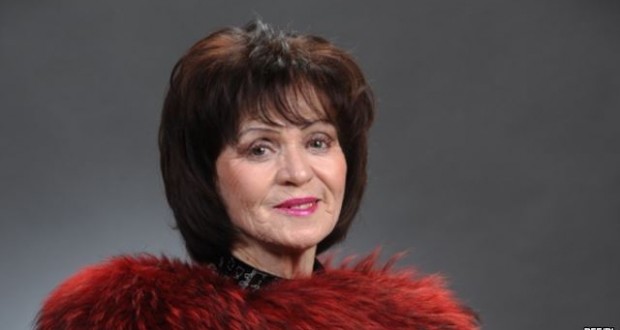 Preparing for the anniversary benefit performance of Honored Artist of the Russian Federation Lucia Abdullayeva is under way in Orenburg city.

The evening will be held October 31, 2014, on the stage of the Orenburg State Tatar Drama Theater named after Mirkhaydar Faizi.

Professional making of Lucia Abdullayeva started in Astrakhan folk theater, then in Kazan theater of drama and comedy, and since 1971 in Almetyevsk Tatar State Drama Theatre. But in a great extent, the talent actress revealed on stage Orenburg State Tatar Drama Theater named fater Mirkhaydar Faizi. In the theater, she has been working since its inception, from the September 1, 1990. Most of her merit that State Tatar theater quickly gained credibility among the fans of the national art. During the years of creative work she played more than 100 roles. This is such roles as Kir’yanova “The Dawns Here Are Quiet” by (B.Vasilev), Anisa “Under the snow is a hot spring” by (A.Gilyazov) Banu “Guests” by (R.Mingalim),

Sien “Golden Wedding by (A.Nesin), Nagima “Bankrupt” by (Galiasgar Kamal), Olga “Olga” (L.Ruohonen) Khana “Grandmothers got married” by (F.Bulyakov) and many others. Her inherent gift with classical clarity transmits fleeting movements of the soul and at the same time give concise but comprehensive description of her heroines. Actress in full owns transformation techniques and a sense of the genre.

Stage talent of L.K.Abdullaeva is multifaceted, because she is not only a dramatic actress, but also the owner of a beautiful voice. Good vocal and choreographic capacities allow her to perform the leading roles in the musical performances. Her deep enchanting voice adorns performances. Her creative repertoire as a singer along with modern includes ancient Tatar folk songs likewise.

Lucia Kayumovna is the winner of numerous awards. In 1995 she was awarded the honorary title “Honored Artist of the Russian Federation.” She is a passionate advocate of Tatar folk culture, the permanent participant of concerts and parties.

Lucius Kayumovna always is full of vigor, energy and creative plans and ready to go on stage in any role, which she does with full sincere and professional dedication. All her life – a bright example of service and creativity to a man.