Home / News / A Month action “105 years of G.Tukai’s story” What I remember about myself ” is held at the G.Tukai Literary Museum i 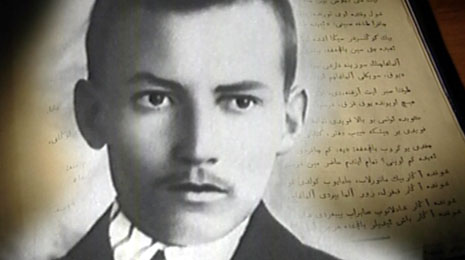 A Month action “105 years of G.Tukai’s story” What I remember about myself ” is held at the G.Tukai Literary Museum i

His childhood Gabdulla Tukai very detailed and clearly portrayed in the autobiographical novel “What I remember about myself.” Reason for writing this work the poet explained: “The primary reason for the creation of” What I remember about yourself “was the request by some publishers to write my biography.” Introductory part of the story is dated September 29, 1909. In November 12, entitled “What I remember about me” the book was published in the print shop “Urnak.” The picture of the poet is olaced on the cover. The book had a print run of 4000 This edition is on display at the G.Tukai Literary Museum.

G.Tukai planned to create a work with two parts, in the second part he wanted to describe his life in Uralsk and Kazan. But, unfortunately, the second part was not destined to see the light, though in the end it was marked “To be continued in the next issue.”

During the month, the museum invites viewers to diverse activities. One of them – “Read” What I remember about myself. “The cycle consists of four parts: reading the works will be organized in Tatar, Russian, Turkish and English.

Although the autobiographical novel was not written specifically for children, it is very interesting for this audience and that’s why included in the school curriculum. Along with poems and tales by Tukai, children learn also “What I remember about myself.”

In order to deepen pupil’s knowledge the museum proposed for the synthesis lesson on the story. Impressions of childhood – as the poet wrote “years of pretty ugly, dark and heavy, but at the same time interesting” – will be fixed by exhibits. The pupils also will be able to get acquainted with the works of fine art created based on the story.

The month action will be completed by a pedagogical round table themed “The use of museum resources in the study of the autobiographical novel by G.Tukai” What I remember about myself. “Teachers will share their experiences on using museum means in the study of G. Tukai’s creativity, deepening pupil’s ‘ knowledge through museum pedagogy and use the potential of the museum exhibition to educate the reader’s taste and morality.

Ministry of Culture of Tatarstan