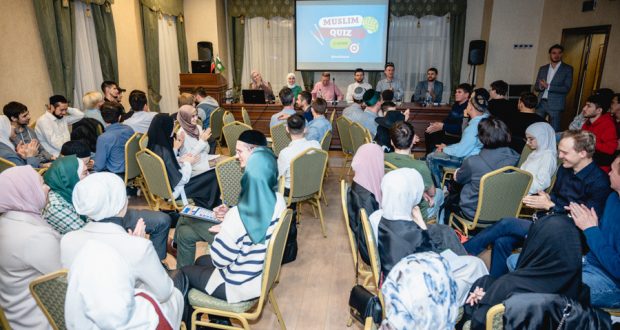 On September 22, a new season of the intellectual game for Muslim youth “MuslimQuiz” started in Kazan.

The first bout this season was attended by 24 teams, as well as fans, guests and the jury. Not only Kazan residents took part in the meeting. The players came from Zelenodolsk specially for MuslimQuiz. Players searched for answers to riddles, solved logical problems, rebuses, recalled episodes of famous commercials, etc.

In total, in the 2022-2023 season, MuslimQuiz will host 6 meetings. According to its results, the team with the most points will receive a valuable prize.

Another intellectual game for Muslim youth “MuslimQuiz” will be held in the second half of October.