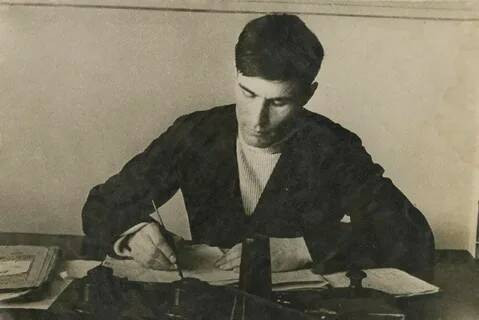 An evening dedicated to the 110th anniversary of the Tatar poet, comrade-in-arms of Musa Jalil Rahim Sattar was held at the Vladimir Lenin Museum in Kazan. Excerpts from his poems were heard, the guests were acquainted with the biography of the poet.

The granddaughter of Rakhim Sattar, Deputy General Director of the National Museum of the Republic of Tatarstan, Lilia Sattarova, also took part in the evening. She said that the Sattarov family lived in Bashkortostan, but the origin of the clan comes from Kazan.

“Before the revolution, they moved to Bashkortostan. My grandfather’s father was an educated man. All seven children in the family received higher education. My father could not enter a university for many years, because he was the son of a man who had been in Nazi captivity. We donated all the materials we have to the National Museum,” Lilia Sattarova said.

The family received the death certificate of Rahim Sattar only in the 60s. And before that, his collection of poems returned to the Union of Writers of the Republic of Tatarstan.

The memorial evening was organized with the support of the Salih Saidashev Museum. The head of the museum, Elvira Nizamutdinova, believes that the name of Rakhim Sattarov has yet to be popularized.

“We know Musa Jalil, Abdullah Alish, but we know little of our other heroes. Rakhim Sattar is our countryman, a hero, but his name is not known in wide circles,” she said.

The head of the department at the Institute of International Relations of KFU, Professor Fadbir Safin was familiar with the son of Rakhim Sattarov. Il Sattarov was his teacher.

“He was humble, never criticized. Students loved him, he knew how to find a common language with everyone. He was the owner of great talent and intellect. Always had an opinion. Apparently, these qualities were passed on to him from his father. Rakhim Sattar is the pride of the Tatar people, a hero, but has not yet received the well-deserved fame and recognition,” the professor shared.

Rakhim Sattar (Abdulrahim Suleimanovich Abdulsattarov) was born on August 15, 1912 in the village of Nizhnekhozyatovo (Tүban Khaҗәt) of the Chishminsky district of the Republic of Bashkortostan. In 1937 he moved to Kazan with his family.
He worked as a literary employee in the newspaper “Kyzyl Yashlar”. In the summer of 1941, Rahim Sattar voluntarily went to the front, was a paratrooper. In May 1942, he remained surrounded, was captured by the Nazis. He spent the first months of captivity in military camps in Smolensk and Borisov, then was sent to the Wustrov camp near Berlin.
There, Rahim Sattar met with Abdullah Alish and became a member of an underground anti-fascist organization founded by Musa Jalil and his associates. In the Idel-Ural legion, Rakhim Sattar is actively involved in the creation and distribution of leaflets against the Nazis. Upon learning of the impending arrest, in June 1943, Rahim Sattar escapes from the camp. His further fate is unknown.