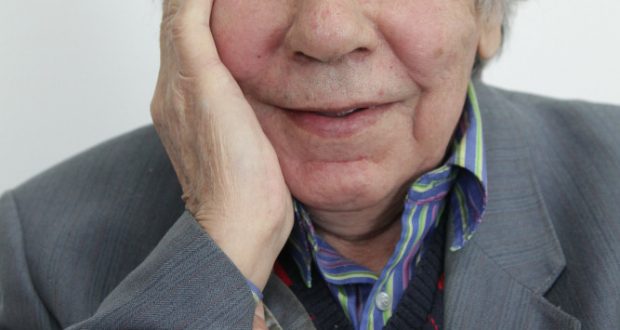 Applications are accepted for participation in the poetry contest “White Dove”

Until December 31, 2021, anyone can take part in the “White Dove” poetry contest for those who write poetry in Bashkir or Tatar.

In Bashkir it is called “Ak kugursen”, in Tatar “Ak kugurchen” and is dedicated to the memory of the poet Rasikh Hannanov, whose songs, since the 1960s, have been performed by the best singers of Bashkortostan and Tatarstan and are considered the “gold standard” of the national stage of the two peoples … The name of the competition was given by the last song written by the poet shortly before his death.

The competition   has  started on October 28, 2021, on the day of the poet’s 90th birthday. You can become a participant by sending your poems to the competition, which can be adapted into songs. Any novice author can take part in this literary competition, regardless of age, region and country of residence.

The jury of the competition includes literary critics, as well as legendary Bashkir and Tatar performers of previous years. The jury is chaired by a famous composer, author of many national hits, Rim Khasanov. The idea of ​​the competition was also supported by a number of performers, including the popular singer Alsou, the song “Әtkәy” to the verses of Rasikh Khannanova for which she was the first to sing in her native Tatar language.

The project is being implemented with the support of the Presidential Fund for Cultural Initiatives.

The results of the competition are planned to be announced on March 21, 2022, on World Poetry Day. Unusual prizes await the winners. Thus, the partner of the competition, the A.M. Gorky Literary Institute in Moscow, will provide the author of the best poems with the opportunity to take a master class in Moscow for free. A new song will be written on the verses of the winner, which will be performed by one of the “stars” of the national stage. A selection of the best works of the contestants will be published in the media and in the form of a book.

It is   possible  to take part in the competition by sending your poems in Bashkir or Tatar languages ​​to the email address [email protected] or in paper format by Russian Post at the address: 450076, Ufa, st. Kommunisticheskaya, 34, Writers’ Union of the Republic of Bashkortostan (marked “For the competition” White Dove “).