Home / Days of culture of Tatarstan in Moscow  held 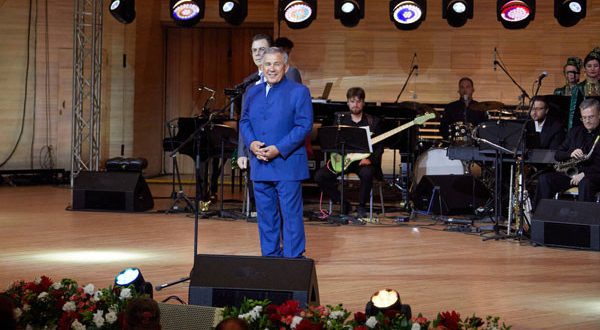 Days of culture of Tatarstan in Moscow  held

Days of Culture of the Republic of Tatarstan were held in Moscow from 21 to 25 August. The gala concert of the masters of arts of the republic completed the program of events, a TASS correspondent reports on Thursday.

“It is a great honor for us that every year in August before our big holiday – Republic Day – we have the honor to be here,” the head of Tatarstan Rustam Minnikhanov delivered a welcoming speech at the Moscow International House of Music.

The Days of Culture of the Republic in 2022 included screenings of feature films in the Tatar language. Also, the Russian State Children’s Library conducted tours of the expositions as part of the Days of Tatar Children’s Literature. The program of events ended with a festive gala concert of the masters of arts of the republic.

“This bright event in the public and cultural life of the capital underlines the age-old friendship of the peoples of Russia and the close relationship between Moscow and the Republic of Tatarstan. Muscovites love and appreciate the original creativity of the masters of art of Tatarstan,” Alexander Gorbenko, Deputy Mayor for Regional Security and Information Policy, delivered a welcome letter from Moscow Mayor Sergei Sobyanin.

2022 has been declared in the Russian Federation as the Year of Folk Art and Intangible Cultural Heritage of the Peoples of Russia. It is held in order to popularize folk art, preserve cultural traditions, historical and cultural monuments, ethno-cultural diversity, cultural identity of all peoples and ethnic communities of Russia.