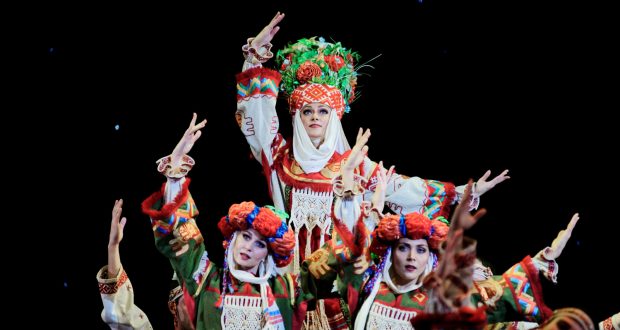 From August 16 to August 30, 2022, the Days of Culture of the Republic of Belarus in the Russian Federation, which opened in Moscow in early June, will continue in Yoshkar-Ola and Kazan.

As part of the project, on August 17 and 18, the Mari State Academic Opera and Ballet Theater named after Erik Sapaev and the Kazan Academic Russian Bolshoi Drama Theater named after V. I. Kachalov will host concerts by masters of arts of the Republic of Belarus. The Minister of Culture of the Republic of Belarus Anatoly Markevich will take part in the opening ceremony of the events.

On August 17 and 18, in the foyer of the theaters of Yoshkar-Ola and Kazan, the exhibition “Neglyubskaya textile tradition” prepared by the Neglyubsky rural weaving center and the Vetka Museum of Old Believers and Belarusian Traditions named after F. G. Shklyarov will be launched.

On August 18, in Kazan, in the museums of A. M. Gorky and F. I. Chaliapin of the National Museum of the Republic of Tatarstan, the Exhibition “Songs of the Belarusian Land” will open, the exposition of which will include works created by participants in the international plein air dedicated to the 140th anniversary of the birth of the national poets of Belarus Yanka Kupala and Yakub Kolas. Visitors to the exhibition will be able to see portraits and landscapes, plot and thematic works based on the life and work of the “song land of Belarus”. The exhibition will run until 30 August.

Also, within the framework of the project in Kazan, in the cinema “Cinema 5” (SEC “Respublika”, Peterburgskaya St., 9), Belarusian films “The Fate of a Saboteur” (2021) and “Undermining” (2022) will be screened.