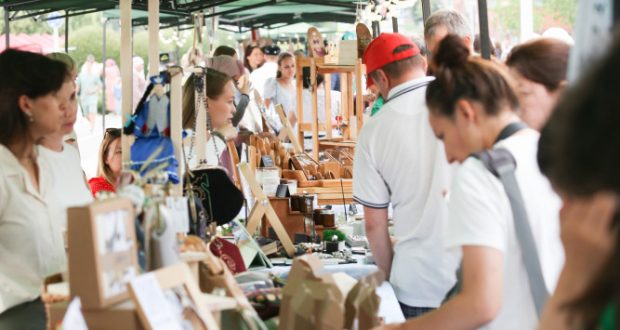 The festival, which has long been loved by guests and residents of the capital, brought together young designers, culinary specialists, musicians and artisans this year. The program of the event included a design market and a food court, an audio guide, workshops for children and adults, a lecture hall, a theater promenade, a Tatar tea table and excursions, a photo zone, a contemporary music concert and other venues.

Also, within the framework of the festival, a film screening was organized on the shore of Lake Kaban. Here, the guests of “Hay Bazaar” watched Bulat Minkin’s documentary “Beruze”, a series of animated stories about Tatar figures “Abau”, a film by Ilyas Gafarov and Radif Kashapov “Tungan yak: Suomi”.