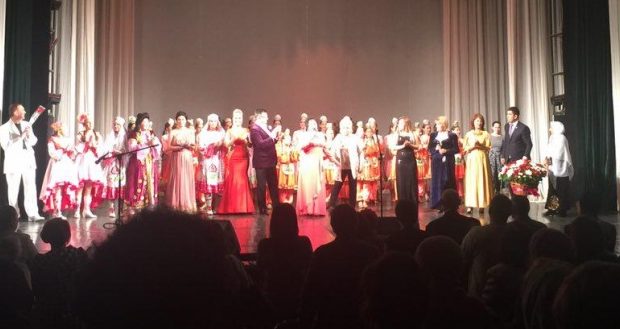 invitation of the Executive Committee of the World Congress of Tatars (ECWCT), who organized the event and a cultural program.

October 20 and 22 concerts of Tatar performers from Uzbekistan were held at the Houses of culture of the Atninsky and Arsk regions where in addition to a colorful concert, the delegation visited the museum after Sibgat Khakim and Gabdulla Tukai, got acquainted with a rich cultural heritage of the Tatar people.

October 21, the Tatar State Theatre of Drama and Comedy named after K. Tinchurin in Kazan hosted a concert where Tatar performers from Uzbekistan presented a musical gift to the gathered representatives of the creative intelligentsia, youth, community and countrymen from Kazan, Tatarstan cities and regions, including those from other Russian cities. Despite the fact that the concert lasted about 4 hours with two acts, there were no free seats in the hall. The concert program included folk and popular songs in Tatar and Uzbek languages.