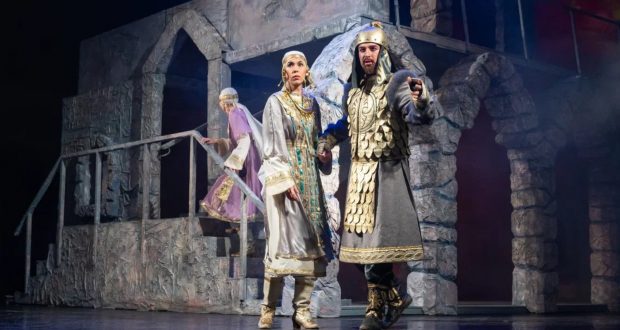 On November 15, the fifth Gala evening of the International Golden Trezzini Awards for Architecture and Design will start in St. Petersburg. The event participated by the Director of the Hermitage Museum Mikhail Piotrovsky will be held at the Hermitage Theatre.

This year, 1,123 applications were submitted for participation, and the shortlist of finalists included 63 projects from 16 countries. The project “Black Chamber” nominated for 2022 Golden Trezzini Awards in the category “Best Implemented Theatre Set Design”. This is an opera whose libretto is based on the Tatar legend about 12 beautiful girls captured during the seizure of the Great Bulgar and burned at Tamerlane’s order.